The first year that the adult black vultures began using this shed as a nest site was 2010. Only one egg was laid that year. The chick was healthy and successfully fledged.

That same year, an orphaned black vulture chick was brought to Tri-State Bird Rescue & Research. Whenever possible, young birds brought to Tri-State are returned to the wild by placing them in nests with other young birds so they may be cared for by foster parents. Care is taken to be sure the orphans are healthy before this “re-nesting,” and that adding another bird to the nest will not overly stress the adults.

After stabilizing the health of the orphaned chick, it was placed in the shed with the other one. It was accepted by the adults, who cared for it as their own.

The location of the nest site was kept as a closely held secret to minimize disturbances at the nest so that the chicks could grow into healthy adults and so that the parents might return the following year. Tri-State’s staff and volunteers who knew where the site was were asked to take the “Vulture Vow” and not disclose the location to others. 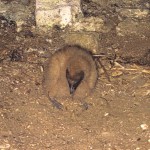 This chick hatched from the single egg laid in the shed. 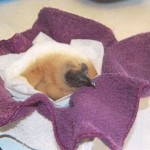 This chick was an orphan that was placed in the shed along with the chick that hatched there. 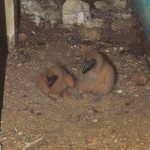 Both chicks grew to maturity and successfully fledged. 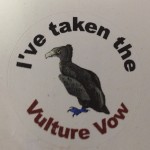 People who knew the location of the nest vowed not to reveal it.