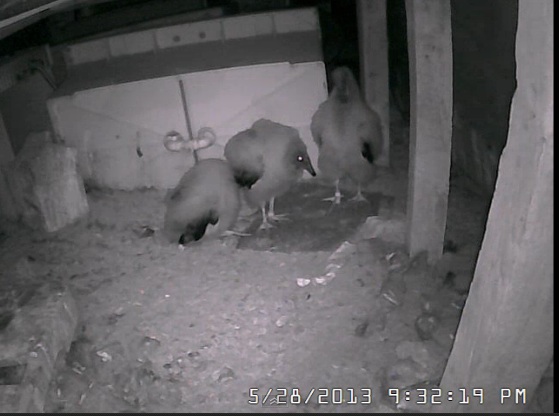 The 2013 breeding season began February 3rd with fifteen vultures, including two turkey vultures, being observed outside the Vulture Shed. Three black vultures visited the inside of the shed together on February 5th. Courting and mating by a pair of black vultures were observed on February 11th. Visits to the inside of the shed by a black vulture pair continued through March 2, when mating was observed again. The first egg was laid on March 3 around 7:00 PM and the second laid on March 6 at 8:34 AM. Hatching began April 11, about 39 days later. This is the same elapsed time as for the past two years. Only one of the chicks survived the strenuous 30-hour hatching process. On May 12th, two orphan black vulture chicks were introduced to the nest. The adult birds cared for all three chicks, and they successfully fledged in late June. The birds continued to be seen in and around the shed into August. Numbered wing-tags were placed on the adult male and all three chicks to enable tracking them in future years.

The parents decided to name their unadopted chick “Stephen Colbert,” after the late night TV personality. The parents said they thought Mr. Colbert was cute and they thought about him often, especially when they were hungry. Stephen Colbert’s name has also been given to a falcon, turtle, spider, elephant seal, and ice cream.

Two eggs were laid this year but, sadly, one chick did not survive the strenuous, 30+ hour hatching process. Stephen did fine. 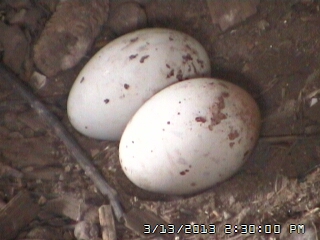 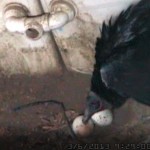 Early care, gently rolling them around. 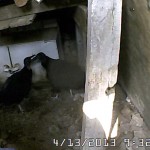 Stephen at 10 days, healthy and growing. 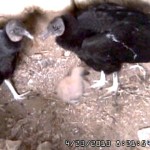 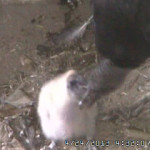 Lunch of nourishing, regurgitated carrion. Yum. Stephen and the parents do their part to keep the entironment clean and free of disease. 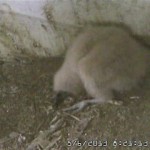 Stephen on his hocks at Day 23 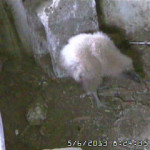 Stephen on his feet at Day 23 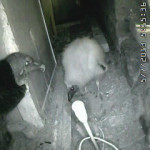 Stephen at Day 24 With Watchful Parent In Rear Hallway 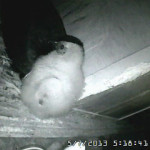 Stephen at Day 24- A Bundle of Fluff 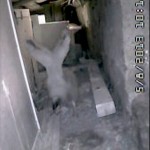 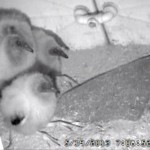 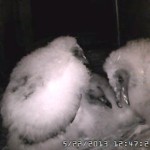