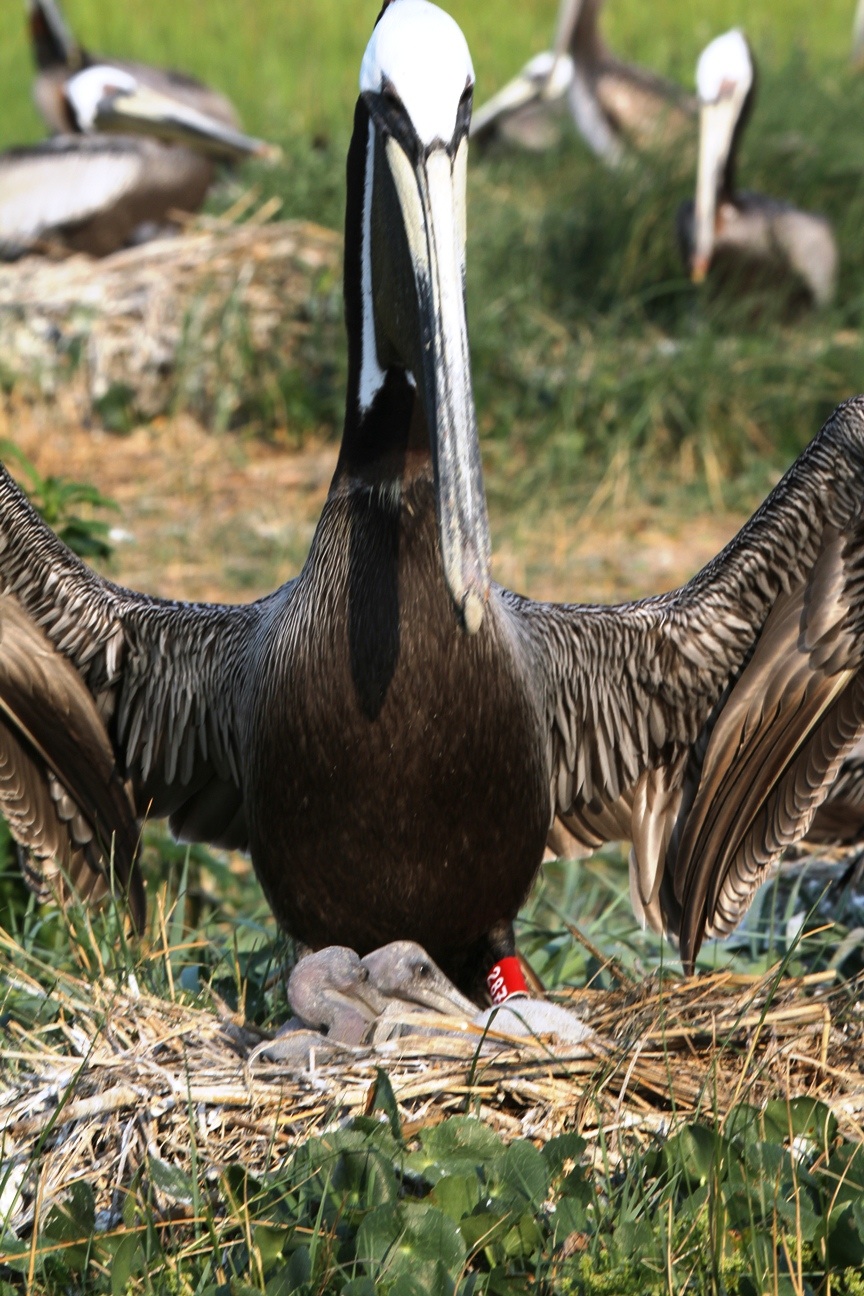 This brown pelican was rescued during the 2010 oil spill at the Gulf of Mexico. She was cleaned, rehabilitated, and released. The following season she bred successfully near Savannah, Georgia. (Photo Credit: Tim Keyes)

You can support the work that Tri-State Bird Rescue & Research does on behalf of our native wildlife and on behalf of birds around the world by donating through Tri-State’s website, http://www.tristatebird.org, for general operating support. If you are interested in the research we are doing on black vultures, please dedicate your support to “VultureCam.” Thank you!

Tri-State was founded with a focus on the Delaware River Basin but, over 40 years, has expanded its scope to provide:
* Worldwide rescue/consulting for wildlife impacted by oil spills.
* Regional clinic facilities for orphaned and injured birds. 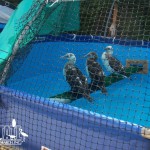 Tri-State was asked to lead the bird rescue effort during the Gulf of Mexico oil spill in 2010. 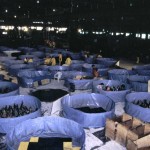 Tri-State participated in the rescue of 20,000 African penguins after the major oil spill off the South African coast in 2000. 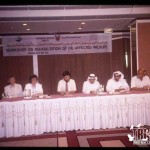 Tri-State was sponsored by the United Nations (UNESCO) to assist with oil spill response efforts after the 1990 Gulf War. 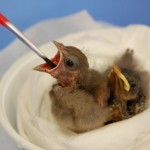 Tri-State’s dedicated volunteers feed orphaned and injured baby birds every 20 to 30 minutes, 12 hours each day, during the spring, including this cardinal and mockingbird. 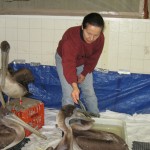 These brown pelicans brought to Tri-State are recovering from frostbitten feet resulting from their staying in the Chesapeake Bay too long after winter weather arrived. 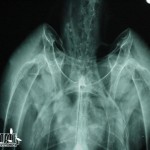 This X-ray of a bald eagle was taken at Tri-State to determine whether his injuries required surgery. 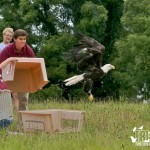 Success: A rescued and rehabilitated bald eagle is released, returning to his place in the wild. 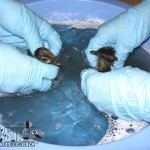 Oil was gently removed from these fragile wood ducklings. 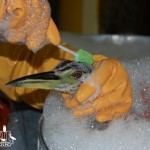 Oil is carefully removed from the crown of a night heron. 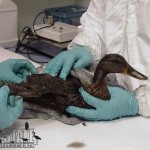 This mallard is being examined to determine whether she is prepared to deal with the stresses related to de-oiling. 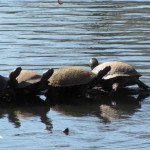 Success: These healthy, de-oiled turtles were returned to their natural habitat after being affected by an oil spill. 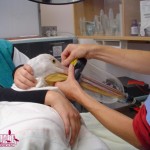 This injured white pelican was prepared for surgery in hopes of returning her to her home in the wild. 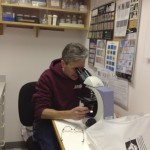 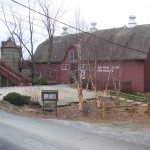 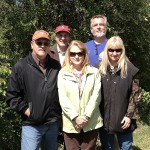 While some of Tri-State’s “patients” are brought to us because of natural environmental causes, most arrive due to man-made conditions. Tri-State was founded to help offset the problems birds and other wildlife face as a result of man-made challenges to their habitat.

Tri-State is a widely respected leader in the US and around the world for rescuing oiled birds. We were the lead responder for affected wildlife during the 2010 oil spill in the Gulf of Mexico. Our rapid response included setting up wildlife cleaning and rehabilitation facilities in four Gulf states. You may have seen our people on the national evening news right after the spill, cleaning and restoring pelicans, gannets, and other birds to health. Internationally, Tri-State sent consultants to South Africa following the 2000 oil spill from a ship that affected over 20,000 penguins. In 1991, the United Nations sponsored Tri-State‘s sending our team of experts to the Middle East in response to the intentional oil release during the first Gulf War. More recently, we responded to oil overflows in New Jersey resulting from flooding during super-storm Sandy.

Tri-State also operates a wild bird clinic that provides medical care for 3,000 injured and orphaned birds each year, from hummingbirds to eagles. Surgery on hummingbirds is challenging, to say the least. Recent success stories are posted at https://www.facebook.com/tristatebirdrescue

Tri-State was founded in 1976 following several spills on the Delaware River that killed over 10,000 ruddy ducks. Tri-State’s founder, Lynne Frink, vowed that, from then on, people would be trained and fully equipped to rescue wildlife by responding to oil spills on a couple hours notice. She founded Tri-State to do just that.

There are many ways to help us at Tri-State rescue wildlife.

1. As a Builder of Our Endowment Fund. Tri-State’s Endowment Fund has been growing steadily over the years. Our goal is for it to be large enough to ensure stable operations. We constantly maintain staff and equipment for oil spills that we hope will never happen. But it is the occurrence of such spills, and the funds we receive as a consequence of responding, that enables us to remain ready for the next spill. We seek to build the Endowment Fund up to the point that annual distributions from it let us remain ready to quickly respond to oil spills, and to maintain our clinic and research activities, even if no spills occur for extended periods.

2. As a Contributor to Current Operations. We are highly dependent upon individuals, corporations, and foundations for the funds we need to operate year-to-year. We could not adequately staff and equip ourselves without our generous donors.

3. As a Planned Giver. We have benefitted greatly from donors who have left bequests for Tri-State in their wills. They are a Godsend.

4. As a Volunteer. Tri-State’s volunteers do everything from feeding baby birds and cleaning oiled ones to providing transportation and administrative support for the organization. We have a relatively small staff of 15 professionals and are highly dependent upon our 300 active, dedicated volunteers to help rescue birds. Volunteers from near and far help with a wide variety of tasks, both at our Newark, Delaware facility and all over the East Coast by transporting birds to our facility and to release points as far away as Florida and Maine, frequently driving part of the way and delivering birds to the next volunteer driver.

5. As a Leader and Spokesperson. The more caring people who become aware of the important work we do, the greater is the opportunity for us to help wildlife impacted by human activity. If you are in a position as a business or community leader or as a celebrity to reach a broad audience and would like to do so on behalf of Tri-State, we would love to work with you. A small investment of your time could make a big difference to our ability to rescue wildlife.

If you would like to help in any way, you can donate through our website at http://www.tristatebird.org or leave a comment below and we will contact you directly by email. (The email address you provide will not be used for any other purpose.) Thank you so very much.